The distinct beauty of Upper House & Spa is not just the product of its geographic location...
It is also the fruit of its long history.

A story which begins in the Bronze Age

The grounds of what is known as Upper House & Spa, Craswall today, have been inhabited at least since the Bronze Age. The presence of a bronze-age burial mound adjacent to one of the two springs on the estate suggests that this spring was already used as a place of worship circa 1,000 years B.C. The 'Medieval Path', 200m-long and sheltered by small trees and tall hedges could be the remnants of an ancient path leading to the spring. Similar tumuli can be found in the Olchon Valley and in the Brecon Beacons.

Much closer to our times, Hollywell Cottage was erected next to Hollywell Spring as a small farm, probably in the 17th century. Few of these Welsh longhouses survive intact in the Welsh Marches, so this building is a precious heritage from these times. It awaits restoration.

THE FARM HOUSE IS NOT THE OLDEST BUILDING ON THE ESTATE

Built respectively in the 18th and 19th centuries, the Farm House itself and its two nearby dwellings (the Black Hill Barn and Starlight Cottage) are therefore not the oldest buildings on the estate. But they took shape as the Marquess of Abergavenny was remodelling his very large estate. The rare and picturesque Welsh toilet, a small stone building with a stone roof, is instructive of living conditions in those times.  The grounds were sold to the tenant by the Marquess of Abergavenny in the early 20th century and the property became known as Upper House Farm. The property was only connected to the national grid in 1969.

In the upper fields, you will discover the remains of what used to be a small stone cottage last inhabited over 100 years ago: Elsie’s Cottage. It is named after the healer Elsie. Its location, overlooking the whole of Herefordshire, is magical. You will certainly enjoy picnicking near the neighbouring water streams.

In 2007, Adriaan Koppens, an art historian and an architectural conservator, decided to give new life to this special place where guests could one day enjoy themselves.

He commissioned the best craftsmen in the region and insisted that sympathetic elements only (oak, original flagstones, lime wash pigments, recovered old slates, etc) would be used in the restoration.  He supervised the demolition of corrugated roofed buildings which disfigured Black Hill Barn, Starlight  Cottage and the Farm House, all added in the 1970s.

In 2010, he launched a second restoration phase with the conversion of the historic Black Hill Barn and Starlight Cottage holiday cottages, and the creation of the second terraced garden at the front of the property.

As part of this regeneration, the farm obtained organic status from the Soil Association in 2008.

In 2021 Tim and Jill Hollingsworth became the latest custodians of this tranquil and restorative property and are pleased to welcome new and past clients.

... By honouring Upper House & Spa, Craswall with your presence, you will write a chapter of this long history. 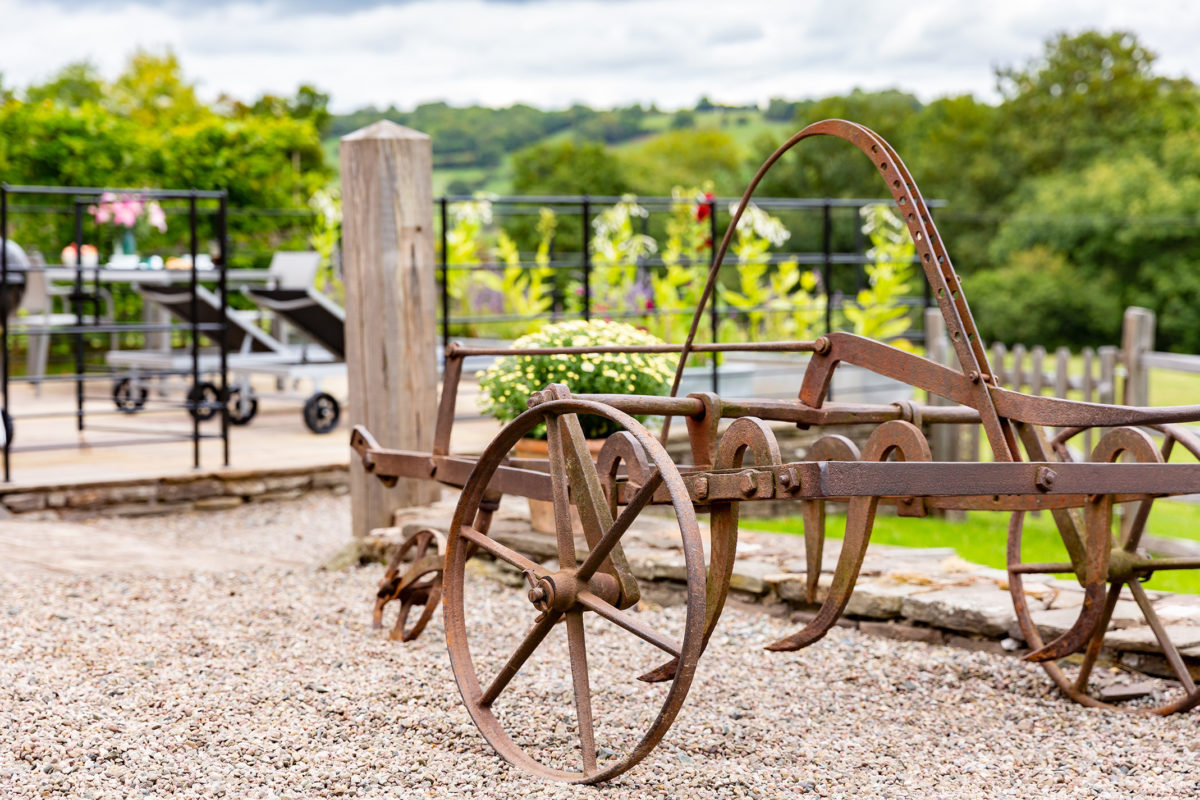 Restored agricultural machine of the 1920s